You may not want to hear this, but the unfortunate truth is that we are experiencing a drug epidemic across the United States and in many other parts of the world. In fact, millions of people in this country use recreational drugs — the hard stuff — on a regular basis.

The use of drugs by your employees can cause considerable damage to your company’s bottom line, not to mention its reputation. This is why it’s imperative that you drug screen any incoming employees — and possibly all employees — at regular intervals.

But what do you really know about drug screening? Here are a few things that you might not be aware of:

It may come as a bit of a shock to learn that 70% of Americans who use illegal drugs are employed. At least, that’s what the National Council on Alcoholism and Drug Dependence concluded just a few years ago. According to the same group, drug abuse costs to businesses had skyrocketed to approximately 81 billion dollars due to lost productivity and approval of healthcare costs, along with other factors. 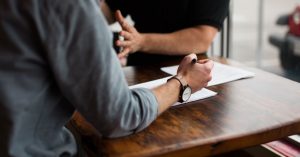 You hear a lot in the news these days about the current heroin epidemic across the nation. This isn’t the first time that our country has gone through this, however. Back in 1971, shortly after the Vietnam War had concluded, there was massive heroin addiction in the U.S., in large part due to soldiers trying to cope with the horrors of war. This was the first time that drug testing was implemented and positive results dropped from 27.6% in 1974 all the way down to only 5.3% in 1988. This substantial drop was attributed to the testing itself.

The idea of receiving a false positive drug screening result has been discussed in professional, educational, and entertainment forums. Even the popular TV series Seinfeld tackled the issue by having one of the characters get a false positive result for opium after eating a poppy seed muffin. However, while it’s true that such a result can occur from time to time, trained testers can typically identify when this occurs during the testing itself. That being said, if you have been tested and truly believe that your result is a false positive, then be sure to challenge the results and get retested.

No, Marijuana Doesn’t Stay in Your System for Months or Years

Ever since the idea of “reefer madness” was on the lips of every politician, many myths and misconceptions about marijuana have been circulating. One of these myths is that marijuana will show up in a drug screening for months or even years after use. This is absolutely not true. While the length of time that marijuana stays in a person’s system depends on the individual, the frequency of use, and the type and potency of the strain, the maximum time is one to two weeks in most cases.

Fooling a Test Can Work, But It’s a Crapshoot

Search the internet and you will find hundreds — if not thousands — of advertisements, articles, forum postings, and social media comments discussing some kind of magical way to beat a drug screening. The truth is that certain types of products and even home remedies can work to a degree, but they are risky — and rarely effective. 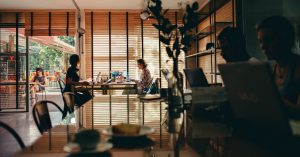 As a prospective employee, your job prospects can be greatly diminished if you fail a drug test or are caught cheating and trying to circumvent the system. Why try to fool the system when the sensible thing to do is avoid recreational drugs? Your career matters. Treat it with the sense of responsibility and level of professionalism that it deserves! You may not get another opening like this again, especially if you try to cheat on the pre-employment screening process and get caught. It’s not worth it!

For Business Owners And Managers

Drug screening of employees at regular intervals will help you maintain a reliable workforce and may even prevent liability issues. An employee who comes in impaired by drugs poses unnecessary risks to the business and the workforce.

If you’d like to learn more or need any other types of searches done, such as criminal records, employment history, education verification, or other forms of background screening, reach out to the experts at NationSearch today.