It’s no secret that Tom Cruise is one of the biggest movie stars of all time. Even when he’s being dogged by the media because of a less-than-perfect personal life, you can bet that he’ll be back on the big screen with another memorable character like the one that just appeared in the next installment of the Mission: Impossible series, which gave him yet another chance to shine and do stunts that most of us can’t even fathom.

While Cruise has played plenty of responsible characters throughout his career, there are both good and bad guys he’s portrayed who would simply make terrible hiring managers in the real world. We thought it would be fun to look at a few of these characters and give our thoughts of why you would definitely choose not to accept the mission of using these characters to do your company’s hiring.

How do you think potential employees would feel if they were sitting across from the guy who rappels from a ceiling, climbs the tallest structures in the world, and attaches himself to the outside of an airplane? Anyone in that interview room would probably be running for the hills by the time they got around to discussing past work history. Plus, no one would ever be good enough for Ethan Hunt.

The name of this specific character should tell you everything you need to know. Sure, he’s a good enough guy… but talk about an ego! Here’s a person who takes multiple risks, disrespects authority, and does a bit of a hatchet job on a classic Righteous Brothers song. Maverick would never hire anyone who might pose a challenge to his massive ego.

This is the character that started Tom Cruise’s path to fame! Now, this one might go either way, really. After all, while many might not condone Joel’s method of making money, you cannot deny that he has an entrepreneurial spirit that can fit very well in the role as a hiring manager. His choices of employee, however, could turn out to be questionable at best. 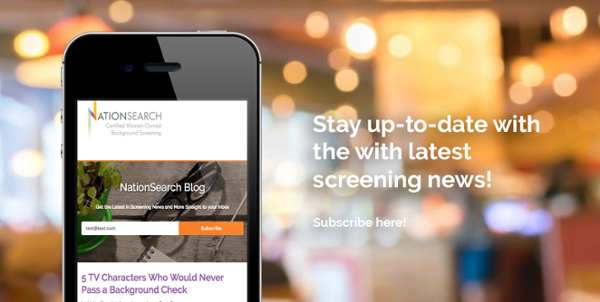 Oh geez. This one should be extremely obvious. The character of Les Grossman, who many didn’t even realize was played by Tom Cruise thanks to make-up and a padded suit, would be a nightmare of a hiring manager. Never before has the last name of a person – “gross man” – been more fitting, and he represents the idea of a sleazy producer perfectly.

Even though Cruise has proven himself to be a versatile actor, a lot of people were shocked to see him in such a cold-blooded, realistic role. Not only would this make him a terrible hiring manager, there’s probably no way that he would pass a background check in the first place. After all, there must be something in this guy’s history that would send up a red flag.

Lestat – Interview with the Vampire

Vampires may not be real, but we’re going to include this one anyway because… well, because it’s funny and because we can. Lestat may have the type of personality that some would find charming and maybe even alluring, but it would be nice if your potential employees kept all of their blood through the entire interview.

Even though these characters aren’t likely to make good hiring managers, most of them would at least understand the importance of running a proper background check on every potential employee. Before you hire your next employee, be sure to enlist NationSearch to help you weed out the ones who wouldn’t be a good fit with your business by searching through criminal records, employment history, and more.