An established, Colorado-based staffing company contacted NationSearch just last month. At first, this staffing agency approached NationSearch for help deciphering an applicant’s results that were returned on a standard report run by another background screening company. Up to this point, the agency had been unable to obtain a satisfactory explanation from their screening provider, therefore the case was brought to NationSearch’s attention. 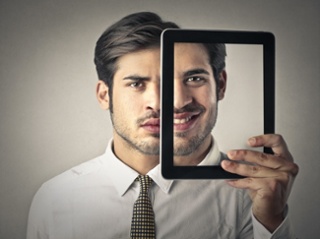 In order to compare results, we deemed it appropriate to run a basic comprehensive criminal screening, which consists of:

Upon completion of the request, we found search results that were similar to the initial screen—the results did not come back with a clear indication of the applicant’s criminal history. As a Consumer Reporting Agency (CRA), we are obliged to provide the clearest picture possible of an applicant’s background history and avoid leaving our clients guessing. Here is where our fellow screeners were unsuccessful: an opportunity was missed to take the initiative to dig further in an attempt to clarify these discrepancies.

We took the investigation to the next level by conducting a check through the Colorado Bureau of Investigation (CBI). CBI records consist mostly of arrest records, so it is important to note that restrictions set through the Fair Credit Reporting Act (FCRA) do not permit employers to deny employment based upon arrest records due to the “presumption of innocence.” CBI records, however, are still public records and contain information that can reveal a lot about an individual while remaining completely separate from the actual arrest records.

Case in point: the result of our further investigation using the CBI revealed that this individual was using at least 16 aliases (that Colorado is aware of), five different birthdays, and reporting two different birth states. Finding this information, in turn, allowed us to finally get to the bottom of the suspiciously unclear information found in the initial reports. Among the numerous felonies and misdemeanors on this person’s record (assigned to their numerous identities), we found an Aggravated Car Theft charge coupled with an Escape Attempt from Felony (pending charge). This person had ditched the car they stole to take off running from the police.

In the end, we are glad our due diligence enabled this staffing agency to make an informed decision regarding this individual’s employment. What must be emphasized, however, is the fact our new client trusted their instinct to double-check when the initial report felt questionable. This confidence can and should be encouraged between background screening vendors and their clients: through open communication and providing continued education along the way, clients can become an active part of the process.

It was definitely an added bonus when this staffing company became a new client of NationSearch, but in this writer’s humble opinion, they dodged one of those rare but ever-so-serious business-jeopardizing bullets.