Background checks keep your employees and clients safe, which makes screening an essential part of doing business. You can verify education and employment, run criminal records, and check for past drug problems to ensure that you know exactly the type of person you’re hiring for any given position at your company.

Although this is a serious subject, we thought it’d be fun to take a more relaxed approach today. So, we’ve put together a list of five TV characters who would never pass a background check. While these may be absurd versions of men and women you might find across the table from your hiring manager, they still can teach us a great lesson about the importance of background screening.

Has there ever been a worse employee than this guy? He was fired for having sex in the office, slipped a drug to his ex-boss, and made up fake jobs in an attempt to get hired. At the end of the series, he was convicted of not helping a citizen during a mugging. George’s employment verification alone would be a nightmare, but when you add in his criminal record… well, no way would he ever be Jerry’s latex salesman.

Okay, most of us love Dwight for a variety of reasons, but come on! In the real world, he would have a criminal record for staging a fire drill (with a real fire) and locking his co-workers inside in an attempt to teach them about fire safety. There is no way he doesn’t have some skeletons. Sure, he would pass a drug test (which is astounding given the way this guy acts), but a background check would bring up an arson conviction along with several other issues in the real world. 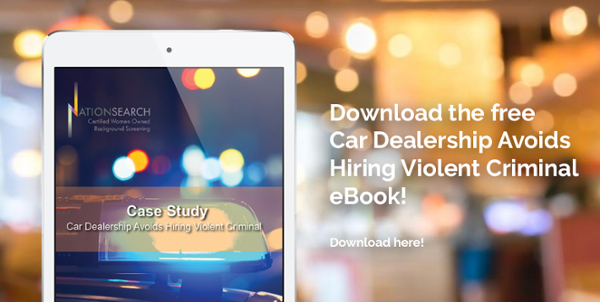 Poor Jim. He started off so prim and proper… full of promise and prosperity. But, then pot ruined all of that. Yes, he may be a lovable addict, but he’s an addict nonetheless. While marijuana is much more accepted these days, Jim also enjoyed cocaine, LSD, and other drugs. It’s been a while since any of us have seen the series, so we can’t remember if he was ever in jail during its run, but even a simple drug screening would likely keep this guy from holding down a job.

Spoiler alert – his real name is Dick Whitman! Don Draper was a name he stole from a fellow soldier during the Korean War. While he was safe from being found out easily in the 1960s due to a lack of necessary technology for proper screenings, background verification that is available today would rat this guy out faster than he could come up with a catchy advertising jingle.

If criminal activity was an Olympic team event, this group of never-do-gooders would win the gold every single time. They’ve done multiple drugs, given alcohol to minors, and even – in the case of Dennis – harassed and terrorized women. While every other person on this list could make a fun buddy to hang out with from time to time, these five despicable people are only entertaining to watch from a distance.

Although this discussion has certainly been a fun one to write about and discuss, it highlights the importance of running background checks whenever a person has applied for a position at your company. You never really know who you’re going to get and these types of records are likely to clue you in to any problems you may face. When you’re ready to learn more about your potential employees or even workers who have already been hired, give NationSearch a shout and we’ll get you started.